Tottenham’s club-record signing should have remained at the Eredivisie side, according to the club’s chief executive. 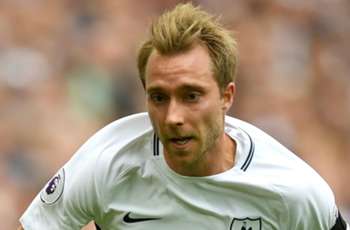 Ajax chief Edwin van der Sar believes Davinson Sanchez should have stayed with the Eredivisie club rather than becoming Tottenham’s most expensive ever player.

Although Ajax received an initial €40 million before potential further add-ons for the Colombia centre-back, Van der Sar insists the 21-year-old’s immediate future should have been in Amsterdam.

Following a glittering career which saw Van Der Sar, who recently appeared in a legend’s match at Old Trafford, claim eight domestic league titles and two Champions Leagues, his concerns now lie with the business side of last season’s Eridivisie champions with the 46-year-old admitting he will need to replace the defender.

Sanchez faces a battle for game time at Spurs that had the best defensive record in the Premier League last season thanks to their strong centre-back pairing of Belgium internationals Jan Vertonghen and Toby Alderweireld.

Van der Sar, speaking at the 2017 Soccerex Global Conference on Wednesday thinks it was too soon for the defender, who made his Spurs debut as a stoppage-time substitute in a 1-1 draw with Burnley at Wembley, to consider a move away from Ajax, considering he had spent just a single season with Ajax after leaving Atletico Nacional in his homeland.

“I think with Sanchez, one year was too early, he should have stayed two or three years,” the Dutchman told a Soccerex event on Wednesday.

“But sometimes, with the financial power that is looming over us in the bigger leagues, it’s quite difficult for even a big club like Ajax coming from a small league to resist certain transfers.”